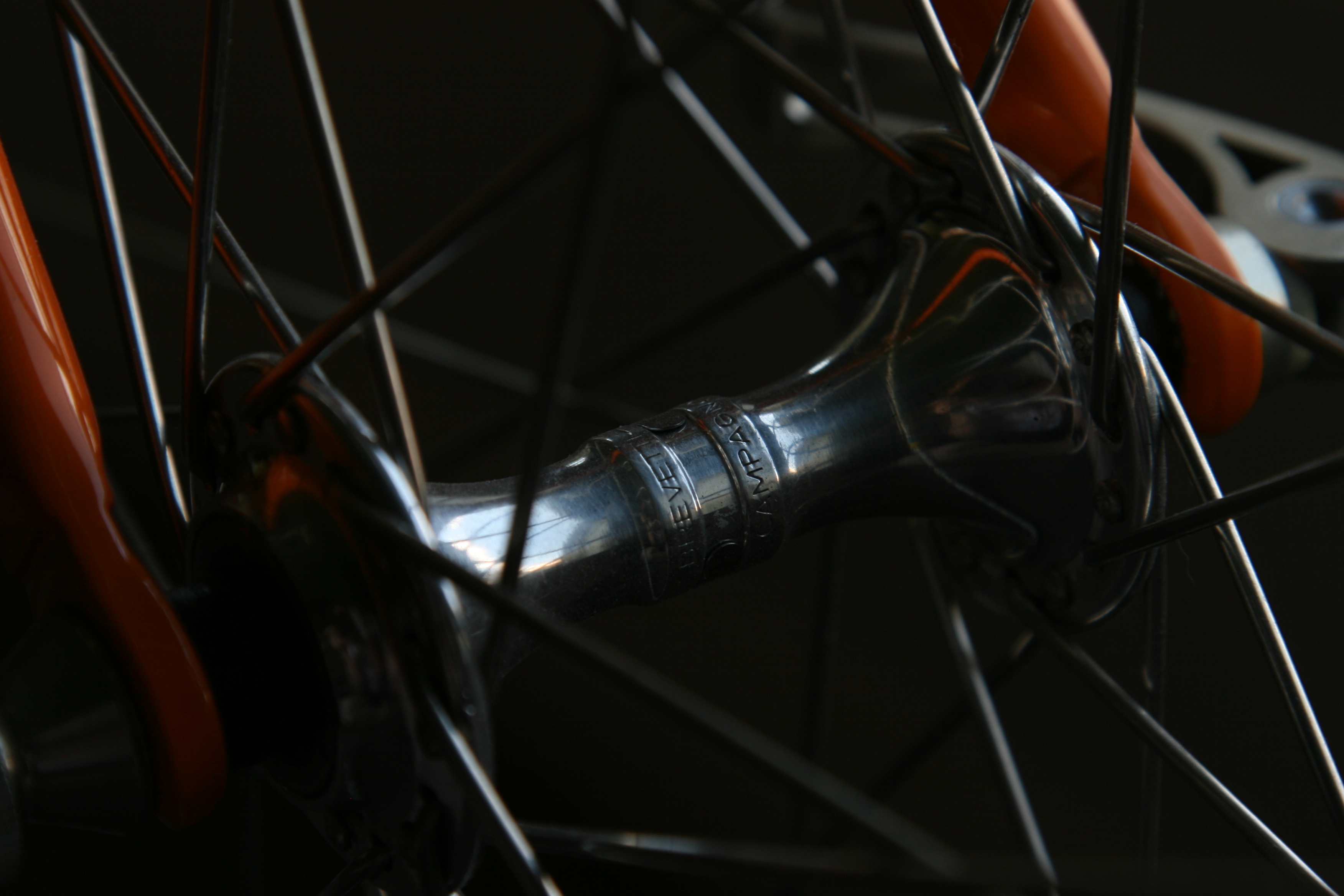 At the leading edge of our Merckx collection is this 1983 Professional, in 54cm.

Marking it as a pre-85 build, it has over-the-BB cable routing and the early flat-crown forks; these were often referred to as the ‘De Rosa style’ forks.

The Super Record seatpost and original pantographed stem have been colour-matched to the frame, along with a single bottle cage. It’s planned to do the same to the Record hubs and Veloce brakeset.

The Molteni replica livery was added in 2016, following a bare-metal strip and preparation.

This bike is on permanent display in the MV Museum, and is not for sale.